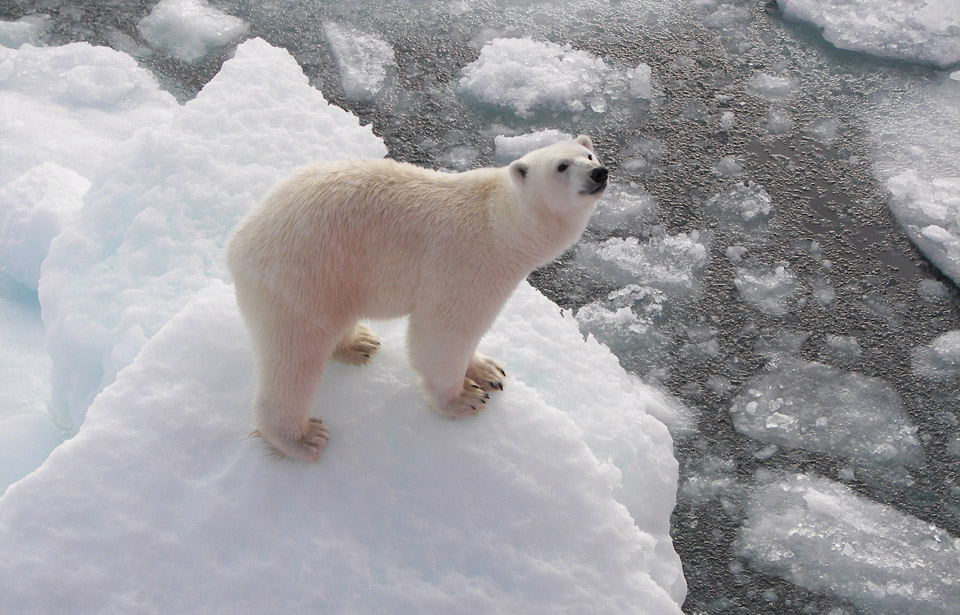 WHAT IS CLIMATE CHANGE?

Climate change is a long-term shift in atmospheric conditions occurring worldwide. For thousands of years, the Earth's climate has remained relatively stable. Temperatures, rainfall, the length of the seasons, and other environmental factors have sustained humans, animals, and plants. This stability has existed thanks, in part, to the greenhouse effect.

Just as the glass of a greenhouse keeps the sun's warmth inside, a blanket of greenhouse gases traps solar heat in the planet's atmosphere. Without these gases, which consist mainly of water vapour, carbon dioxide, nitrous oxide, and methane, the heat of the sun would escape into space, and the average temperature of the Earth would plunge from 15°C to -18°C.

However, the substantial increase in greenhouse gases produced by human activities in the last 100 years has enhanced the natural process and provoked an accelerated change in climate.

Climate change is a long-term shift in atmospheric conditions occurring worldwide. For thousands of years, the Earth's climate has remained relatively stable. Temperatures, rainfall, the length of the seasons, and other environmental factors have sustained humans, animals, and plants. This stability has existed thanks, in part, to the greenhouse effect.

Since the Industrial Revolution from the mid-18th to the mid-19th centuries, the greenhouse effect has intensified as human activities have increased the amount of carbon dioxide in the atmosphere by 30 percent, nitrous oxide by 15 percent, and methane by 100 percent. These increases have had a direct impact on climate, and average global temperatures have risen significantly. In fact, temperatures have increased by 0.74°C in the last 100 years, mostly because of the intensification of human activities like urbanization, combustion of fossil fuels and use of cars.

If this tendency continues, scientists believe that by 2100, average global temperatures could rise by 1.8 to 4°C. The increase will be smallest at the equator and progressively greater toward the poles. In some parts of Canada in the next century, average temperatures could rise by as much as 5°C to 10°C. While that might not seem like much of a leap, we might remember that the average temperature during the cool glacial period of last ice age 10,000 years ago was only five degrees cooler than it is today. Scientists fear that the Earth could become too warm, resulting in numerous negative impacts on humans, other species, and natural spaces that could affect essential habitat for wildlife and expose us to extreme weather events like floods, droughts or extremely high temperatures.

WHERE DOES IT COME FROM?

Experts and scientists agree that human activities contribute to climate change. When we burn coal, oil, and natural gas to fuel factories, power automobiles, and run our homes, workplaces, and schools, we add carbon dioxide to the atmosphere. Other greenhouse gases produced by people include nitrous oxide (discharged from sewage treatment plants and fertilizers used to grow crops) and methane (emitted when vegetation rots, burns, or is digested by animals). For example, when forests are chopped down and when wetlands are transformed into parking lots, housing developments or shopping centres, we prevent plants from absorbing greenhouse gases and keeping the planet's climatic systems in balance. Climate change is already having an impact on all kinds of wildlife. Species worldwide are shifting their ranges, migrating sooner, and bearing young earlier than in the past. The American Robin and the Red-winged Blackbird frequently arrive on their breeding grounds weeks earlier than they once did. The Edith's Checkerspot Butterfly has moved its range northward and into mountains as temperatures heat up further south.

In the past, climate change usually occurred at a pace that allowed wild plants and animals time to adjust. Species slowly changed their behaviour and physical characteristics in response to changing environments over thousands of years. Today, shifts in temperatures, seasons, and weather are happening so fast that wildlife may have little chance to adapt to changes in key habitat elements — namely food, water, shelter, and space.

Climate change is also believed to be one of the factors responsible for the widespread decline of amphibians, including Costa Rica's Golden Toad, now feared to be extinct. In addition, coral reefs worldwide are dying off because of various factors, including unusually warm ocean temperatures, changes in storm frequencies and changes in ocean circulation. All of these conditions are thought to be the result of climate change.

Some of the most dramatic changes observed  are taking place in the high Arctic. Northerners are watching in disbelief as sea ice shrinks and pulls back from the coast; new species of birds like the American Robin and the Barn Swallow settle in; unfamiliar plants, like White Spruce and Dwarf Birch, spread over the tundra; and salmon are caught for the first time.

In the future, the fate of many species may depend on their ability to move from unfavourable climatic conditions to ones that meet their survival needs. Those that are endangered, slow-moving, or isolated in fragmented areas could find themselves stranded. Physical barriers, like mountain ranges and human settlements, may prevent some species from moving to suitable habitats. Migratory species whose arrival and departure dates are no longer synchronized with the rhythms of nature may not be able to access the food sources they need to survive and the wind and ocean currents they need to travel. Some species may flourish as a result of climate change. But wild plants and animals that cannot adapt may become extinct.

HOW CAN YOU HELP?