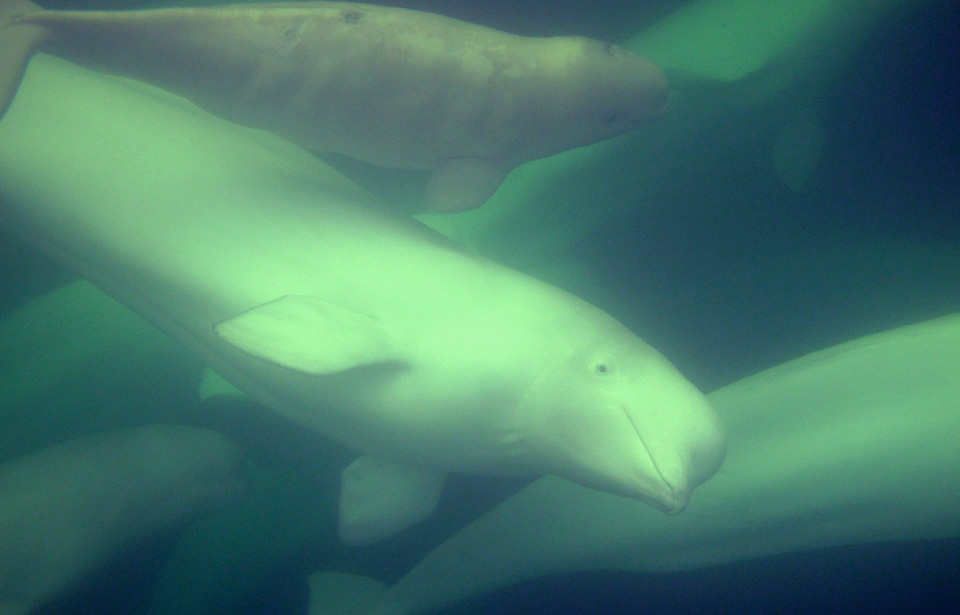 Why do plants flourish in estuaries?

In estuaries, fresh water is lighter than seawater and therefore flows above it. The flow of some rivers is so immense that a wedge-shaped bottom layer of salt water is pushed up the estuary along the river bottom, carrying with it nutrients for the estuary’s plant life.

The mixing of fresh water and salt water is an important feature of estuaries. The fresh water is less dense (lighter) than seawater and therefore flows above it (see Drawing A).

Drawing A — A salt wedge

The flow of some large rivers is so immense that a wedge-shaped bottom layer of salt water, called a salt wedge, is pushed up the estuary along the river bottom by the force of the outgoing fresh water above it. This wedge of salt water can penetrate several kilometres from the river’s mouth, carrying with it nutrients for the estuary’s plant life from the ocean.

Estuaries are among the most biologically productive ecosystems on Earth. The drawing shows how much more plant material grows in estuaries in a given time period (up to 25 tonnes per hectare per year) than in other habitats.

The nutrients carried in from the ocean in the river and in the salt wedge transform estuaries into very fertile areas for plant growth. In fact, estuaries are among the most biologically productive ecosystems on Earth. Studies have shown that primary productivity, or the rate at which plants convert the sun’s energy by photosynthesis into food that animals can use, is higher in estuaries than in grasslands, forests, and even areas of intensive agriculture (see Drawing B).

The basis of this estuarine food web is conversion of the sun’s energy into food energy by marsh plants. When the plants die and decay at the end of the growing season, protozoa and other microorganisms coat the dead plant material. Small invertebrates, which feed on this detritus, are themselves eaten by fish, which in turn may be eaten by birds and mammals.

In the open ocean, microscopic algae known as phytoplankton float in the sunlit surface waters and convert the sun’s energy to food energy. Phytoplankton cannot grow in the muddy water of some estuaries, however. Instead, most of the primary production in these estuaries is carried out by marsh plants, bottom-dwelling algae, and eelgrass that grow in abundance in the marshes and mudflats (the muddy land that is left uncovered at low tide) that are part of estuaries. These plants form the fuel of the estuarine food chain, which is the pattern in which plants are eaten by animals, which are in turn eaten by other animals, transferring food energy in the process (see Drawing C). A variety of different food chains then interconnect to form the estuarine food web.

Although one might guess that the next link in the food chain might be an animal feeding directly on the living algae or eelgrass, in fact this is rarely the case in estuaries. There are only a few conspicuous herbivores, or plant eaters, found in estuaries, and they are mainly waterfowl—like the Brant, a goose found in estuaries on all three coasts of Canada, which feeds on eelgrass, certain species of ducks that eat the seeds of the marsh plants, and the thousands of snow geese that gather in the Fraser and St. Lawrence river estuaries each autumn to feed on bulrushes and sedges.

So what follows estuarine plants in the food chain? What happens is that the estuarine plants die at the end of the growing season and decay gradually through fall and winter. The next step in the food chain is a rich assortment of microscopic fungi, bacteria, protozoa, and other microorganisms, which coat the dead plant material, called detritus (like a pile of rotting leaves or a compost heap). Small invertebrates, or animals without a backbone, such as worms, snails, clams, oysters, and shrimp, feed on this detritus, becoming the next step in the food chain. These invertebrates are then eaten by fish, amphibians, and birds, which in turn are eaten by larger fish, birds, and mammals.

Evidence of this type of food chain can be found during a visit to any estuary. Bufflehead are often seen diving in shallow water to find snails and other invertebrates living in soft estuarine sediments. In the Bay of Fundy and at the mouth of the Fraser River, shorebirds gather in flocks exceeding 100 000 birds to probe the mudflats with long bills in search of small invertebrates. Common Mergansers and Great Blue Herons find Pacific and Atlantic estuaries especially attractive places to catch small fish. Sandpipers fall prey to Peregrine Falcons that hunt along estuarine beaches, and Bald Eagles scavenge dead fish, birds, and mammals.

The estuarine food chain would quickly fall apart without the tides. As the bacteria and other microorganisms feed on the decaying plants, they use up much of the available oxygen in the water. This oxygen depletion would make it difficult for the estuarine invertebrates and fish to breathe, and they would eventually suffocate. However, regular incoming tides, occurring about every 12 hours, replenish the supply of oxygen for the animals that feed in the estuaries, and the outgoing tides carry away their wastes, to be used elsewhere in the estuary and nearby ocean.

Only certain types of plants can flourish in the physical conditions peculiar to estuaries, and each of these plants can grow in only certain parts of the estuary.

One factor influencing the growth and distribution of plants in an estuary is its salinity, or the amount of salt in the water. Certain kinds of plants can tolerate high levels of salt, getting rid of the salt they take up by releasing it through special salt pores on their leaf surfaces. Other plants do not like even a moderate amount of salt and can grow only in areas of the estuary where seawater cannot reach. In between are plants that can tolerate moderate amounts of salt and hence can survive in brackish (or slightly salty) areas of the estuary.

A second factor influencing the growth of plants in an estuary is the amount of flooding. The longer and deeper an area is flooded with water, the less oxygen is available in the soil. As plant roots need oxygen to grow and survive, the plants that grow in areas that are usually under water need to be adapted to an oxygen shortage, some of them transporting oxygen from special storage cells in their leaves and stems to their roots.

One marine plant that flourishes in estuaries is eelgrass. This plant can tolerate only brief exposure to air and therefore grows in large submerged beds near and below the lowest tide level. It is especially important as food for American Wigeon and Brant. Plants that grow on land covered by seawater for brief periods each day include salt-tolerant species such as the saltworts and saltgrasses on all three coasts, cordgrasses on the Atlantic coast, and alkali grasses in the Arctic. Plants such as the sedge and bulrush predominate in brackish areas of many estuaries, where they are covered by water for a few minutes to many hours each day. Areas that are covered with fresh water support the cattail in profusion.

In fall and winter, most plants in all parts of the estuary decay and become detritus. Some plants, such as algae, have a much shorter life cycle, lasting only a matter of days or weeks, and these continue to grow and decay even in extremely cold weather.

Few animals can live their entire lives in estuaries. However, estuaries are critical habitat for certain wild animals at some stage of their lives. The few estuarine animal species that have adapted to the characteristically changeable conditions of salinity, temperature, and water level found in these tidal areas grow and multiply rapidly. Many other species, such as spawning whitefish and migrating sandpipers, move en masse into estuaries at specific times of the year. In turn, the survival of predators, even those that rarely visit estuaries, depends on populations of fish and birds that use these coastal ecosystems at key times in their life cycles.

Mudflats, despite their desolate appearance, teem with invertebrates that burrow into the mud for protection from predators and the elements. A variety of invertebrates, including mussels, clams, snails, amphipods, or small shelled creatures, segmented worms, and lugworms, feast on detritus and each other in the mudflats and fall prey to a multitude of fish and birds. For example, studies have recorded over 11 000 amphipods in one square metre of mud in the Bay of Fundy during the southward migration of the Semipalmated Sandpiper. These amphipods provide the necessary fuel for a million or more sandpipers to complete the nonstop flight of about 4 000 km from the Bay of Fundy to Suriname in South America.

Snow geese in a Scirpus marsh in the St. Lawrence River estuary
Photo: A. Reed (CWS)

Belugas gather in large numbers within certain river estuaries during the summer ice-free season. Some individuals are known to return to the same estuaries year after year.